For PC
Home / Escape the Ayuwoki 2

The title that originates from an internet meme Ayuwoki is a surprising phenomenon in the world of video games. Everything began as a regular creepy-pasta composed by a Spanish guy. There was nothing special in that story, because the internet has already seen thousands of them before. However, the main feature that made it popular was the fact that the author used Michael Jackson as a prototype for the main character. It seems like Jackson’s popularity continues to spread itself in all possible ways even after his death. So the story tells about a creepy monster who makes the sound “hee-hee”, a similar to Michael’s vocal gimmick. This “hee-hee” is a warning that he is already here, near to you and you are the victim. The original Ayuwoki name comes from the song of Jackson where the line “Are you ok?” is present. So the name is a mocked pronunciation of that lyrics. In the original story written by a Spanish guy, Ayuwoki is a punctual monster, who comes at three o’clock of the morning and scares people in their sleep. Just imagine yourself sleeping calmly under your warm blanket and then some “hee-hee” noise wakens you up. You open your eyes and see a creepy guy who reminds you of Michael Jackson. This story was crazy enough to become viral, so people from all over the globe know it.

The creepy pasta inspired game developers and they decided that this is a perfect plot for another survival, escape, and jump scare horror title. Well, they guessed it right – the plot became a basis of a title called Escape the Ayuwoki and conquered thousands of gamers’ fans. However, in this title, Ayuwoki doesn’t enter the bedrooms to make a “hee-hee” and scare someone to death. Instead, he lives in a large mansion, all alone. Maybe, he always was that cruel and violent, because he is a monster who seems to come from hell. Maybe, he used to be a human being a long time ago and lonely life in an abandoned place made him a crazy maniac. We don’t know for sure, but the only thing that doesn’t evoke any doubts is that you don’t really want to meet this guy. No, really. Somehow, you got inside of the mansion, but the gates are locked now and you cannot go away that easy. You have managed to enter this place without having a key, but there is no way you can leave without it. The key is somewhere inside of the house, in one of those creepy rooms, where mountains of old stuff are lying. Finding the key is like looking for a needle in a bundle of hay – the key is so small, the mansion is so big. Good luck and escape the Ayuwoki if you can! 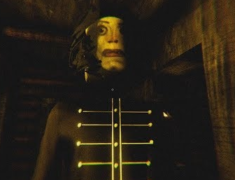 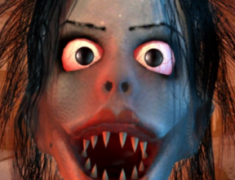 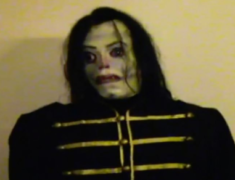